Re-imagining Work. Innovation and Transfer Mechanisms in 2020/21 within the Cluj Future of Work Project

Home > Re-imagining Work. Innovation and Transfer Mechanisms in 2020/21 within the Cluj Future of Work Project

Re-imagining Work. Innovation and Transfer Mechanisms in 2020/21 within the Cluj Future of Work Project 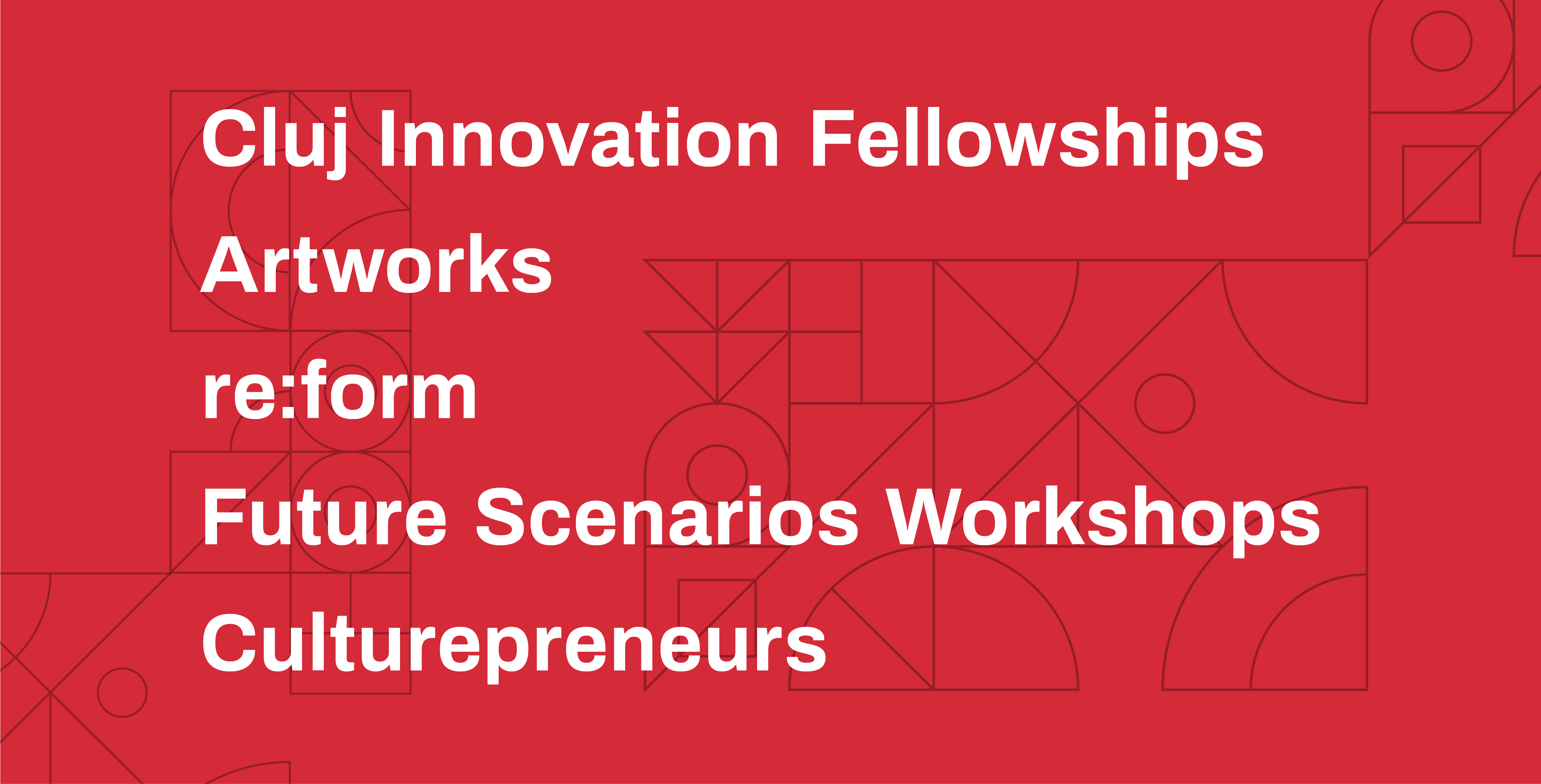 Between November and December 2020, we will launch a series of open calls intended for various target groups ranging from cultural operators to social entrepreneurs based in Cluj-Napoca and across Romania. The calls were developed to engage individuals and organizations outside the 10-partner consortium within the Cluj Future of Work (FoW) Project, and each of them addresses a different facet of FoW’s areas of action.

The Cluj Innovation Fellowships support, in 2021, the deepening of the lessons learned about the collaboration between the public and private sectors in contexts marked by uncertainty. The fellowships are part of the Cluj Future of Work Project, which studies and tests opportunities for the city in preparation for what work and collaboration will look like in the future.

Through this mechanism, we support potential innovators in addressing the four areas of focus, providing them with opportunities to increase their capacities for strategic interventions, behavioral change and new forms of collaboration and use of resources.

The Cluj Innovation Fellowships are targeted to Romanian individuals or legal persons who work in the public or private sector, in academia or in the civil society. Applicants have experience or are interested in creating change in one of the proposed areas of focus: (1) procurement based on innovative principles, (2) solutions journalism, (3) collaboration protocols and (4) open data protocols.

re:form – Experimental Program for Rethinking Work in the Cultural Sector

re:form is a facilitation and microfinance program for rethinking work practices in culture. It provides financial support and specialized consultancy to cultural organizations that seek to develop and implement experimental solutions to the challenges of the work in the cultural sector.

With this mechanism, we intend to support processes that aspire to go beyond the traditional models of organizational development and take into account the specifics of the independent cultural sector and the fragile conditions in which they operate in Romania.

The program is targeted to independent cultural organizations that are active in Cluj-Napoca and in the metropolitan area. Public cultural institutions which meet the criteria can benefit from this program if the project submitted involves collaboration with the independent sector and the growth of this sector.

Furthermore, we are looking for organizations that:

Artworks about the Future of Work

The activity aims at using artistic means to disseminate the results of the Cluj Future of Work Project to the Cluj public. The goal is to stimulate the Cluj community to reflect on the future of work through immersive and participative artistic experiences.

The activity involves the production and display of 10 artwork projects at the Cluj Future of Work Festival in October 2021. These projects will provide the local community with immersive contexts to explore and reflect on the future of work.

To understand the challenges of work in the future, we are organizing a series of three forecasting workshops dedicated to the three scenarios of the project: Informal Work, Cultural and Creative Industries and Work 4.0. Depending on its topic, each workshop will be attended by professionals in the respective field, experts in the sociology of work, business strategists, artists and designers who, through a specific facilitated process, will identify trends, describe the context of work in the future in the sector of focus and design and write scenarios for the future.

The three workshops aim to popularize the use of forecasting techniques as ways of reporting on and preparing local public actions and policies for the challenges of the future.

*The exact dates and the workshop sign-up process will be announced in advance, in 2021.

Culturepreneurs provides new development opportunities for entrepreneurs in the cultural and creative industries both in terms of managing their own business or project and in terms of accessing and adopting new technologies in the creative processes.

The Project supports the creation and development of non-social or social businesses in design, film, music, crafts, publishing and other creative sectors, providing access to coworking spaces and laboratories, training and consulting in management, technology and societal challenges, and organizing opportunities to meet and network with relevant stakeholders.

The program was launched in April 2020 and is now ongoing.

The innovation and transfer mechanisms described above are those directly coordinated and implemented by the Cluj Cultural Centre within WP4 – Re-imagining Work, as an implementation partner in the Cluj Future of Work Project.

Cluj Future of Work is a project co-financed by the European Regional Development Fund through the Urban Innovative Actions Initiative.

Cluj Future of Work studies and tests methods through which the city can prepare for the future challenges of the labor market. We particularly look at today’s cultural and social aspects: what are the sustainable jobs that can be developed in the cultural and creative sectors, what will happen in the sectors affected by automation, what will happen with the vulnerable people who are already excluded from the labour market.

Cluj Future of Work is an initiative of the Urban Innovation Unit in Cluj-Napoca, created by the Cluj Cultural Centre in partnership with the Center for Innovation and Civic Imagination of the Municipality of Cluj-Napoca.