On the power of serendipity and shared values. The connection between Cluj-Napoca and Boston innovation initiatives

Home > On the power of serendipity and shared values. The connection between Cluj-Napoca and Boston innovation initiatives

On the power of serendipity and shared values. The connection between Cluj-Napoca and Boston innovation initiatives

Anamaria Vrabie (Director, Urban Innovation Unit- UIU) and Jaclyn Youngblood (Chief of Staff, Boston Office for New Urban Mechanics – MONUM) shared a couple of ideas about the two programs connecting the cities of Cluj-Napoca and Boston. The two innovation initiatives grow more complex each year and collaborate through a continuous flow of ideas, know-how exchange and active participation at the events, such as the Urban Dialogues organised in Cluj-Napoca, since 2017.

How the two innovation initiatives connected

For a bit of context, MONUM is the research, development and innovation department of the city of Boston (USA), and one of the first and most successful municipal innovation units (iTeam) in the world. Started in 2010, MONUM was able to develop a model for rapid prototypes for projects that would improve the experience of residents in the city, and generated a series of public-private collaborations with universities and companies. UIU is a research and development program supporting city-wide collective actions on key urban challenges. The initiative started in 2017, designed by Cluj Cultural Center,  in partnership with the Center for Innovation and Civic Imagination of the Municipality of Cluj-Napoca.

Both UIU and MONUM take a relational approach to their innovation practices. This is evident in the way that the two groups met. How is it that groups from Cluj, Romania and Boston, USA managed to find each other, and in fact, find deep similarities and a shared spirit and ethos?

For MONUM, connecting with cities around the world has been core to the work from the beginning. As Boston is a “hub” of international activity — due in large part to the prominence of its academic institutions and the innovation of its business and civic sectors — many cities over the years have reached out to Boston to learn what they are doing. Similarly, MONUM co-founder Nigel Jacob, recognized that cities around the world (including in MONUM’s earlier days, Copenhagen, Mexico City, and Barcelona) were up to some very interesting projects that could benefit Boston.

When Anamaria Vrabie (of UIU before it was founded as such) attended an international open innovation conference in Torino (Italy) in spring 2017, it was by chance and serendipity that she met a delegate from Boston who was also in attendance. As Anamaria was researching innovation teams around the world, she knew that Boston had an example that was of interest to her: MONUM. Being relationally oriented, and being willing to open herself up to new experiences, Anamaria asked if the city representative from Boston could make a connection to anyone in MONUM. As it would happen, that city representative in fact sat 15 feet away from the full MONUM team and was more than happy to make a connection for Anamaria.

When Anamaria’s request came into MONUM’s listserv, the team responded with enthusiasm (and via its practice of Open Office Hours) to meeting up with her during her upcoming trip to Boston. Seated in large plastic chairs on the the faux-grass lawn of City Hall Plaza — itself a MONUM-supported prototype — Anamaria met with three MONUM representatives, including Jaclyn, and the beginning of a fruitful and generative collaboration was born.

What the two innovation initiatives have in common 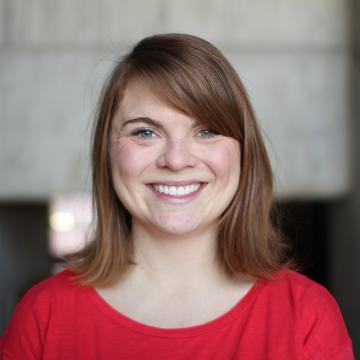 The things that the New Urban Mechanics in Boston and the Urban Innovation Unit share are many and varied. “I think the key is a commitment to values and just starting from a place of "what are our priorities?" and "what are the things that we're really trying to achieve and accomplish?" And I think second would be an emphasis on centering people and remembering the humanity. The reason that cities are so vibrant and that we love being together in the community is because of people. And sometimes technology enables that. There are many things that can help bring people together but at the end of the day, it's really about the people. I think New Urban Mechanics was founded on that principle 10 years ago and it's been very exciting over the last couple of years to see the Urban Innovation Unit really take root and start from that principle with the municipality at the front.    Jaclyn Youngblood, Chief of Staff MONUM

Jaclyn also thinks it is important to have a commitment to interdisciplinarity and skill-sharing, and a willingness to admit when you don’t necessarily have the answer yourself or you don’t have the capacity or the capability yourself and being willing to seek out who does have that capacity.

For the New Urban Mechanics, when we were started it was a team of two people we needed university collaborators, we needed artists, we needed startup founders and I think similarly for the Urban Innovation Unit it's great to start with a small team and then be able to look across all of the member organizations”. She points to the Cluj Cultural Center, for example, and appreciate that it looks across all the many skills that the center has and says “OK..the municipality can bring in this and our business sectors can bring in that and our students can bring in that. I believe in that commitment to being really collaborative and interdisciplinary because not one person has all the answers and we have to look across.    Jaclyn Youngblood, Chief of Staff MONUM

Anamaria mirrors Jaclyn’s reflections, acknowledging that creating the space for interdisciplinary and surprising partnerships, while also enabling a culture of learning and risk-taking have been essential in the development of work carried out by UIU. 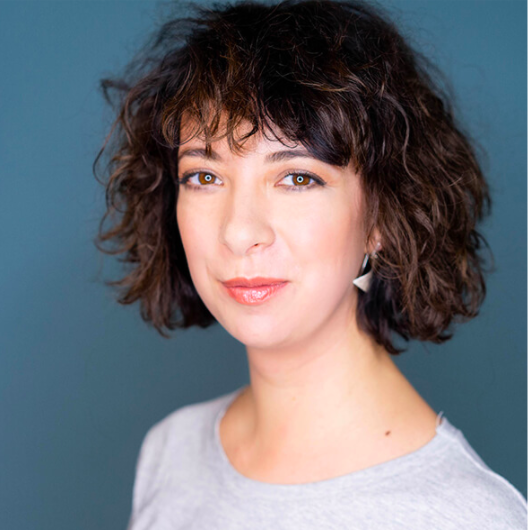 And I think MONUM’s role, apart from the joy and privilege of being able to share hopes and worries with kindred spirits, was to support sense-making for UIU on the many shapes and sizes municipal innovation can have. It made a lot of difference when MONUM representatives joined us in Cluj-Napoca for the first time in 2017 with a willingness to share their aspirations, learnings and also failures. More than a mere exchange of practices, it was about seeing and connecting with the same energy that can drive change in actively challenging the status quo and exploring alternatives about how we work within and with the public sector.    Anamaria Vrabie, Director DIU

Watch here Jaclyn’s interview, including some of the breeze of Charles river in Boston.