Participatory budgeting in the vulnerable community at Pata Rât

Home > Participatory budgeting in the vulnerable community at Pata Rât

Participatory budgeting in the vulnerable community at Pata Rât 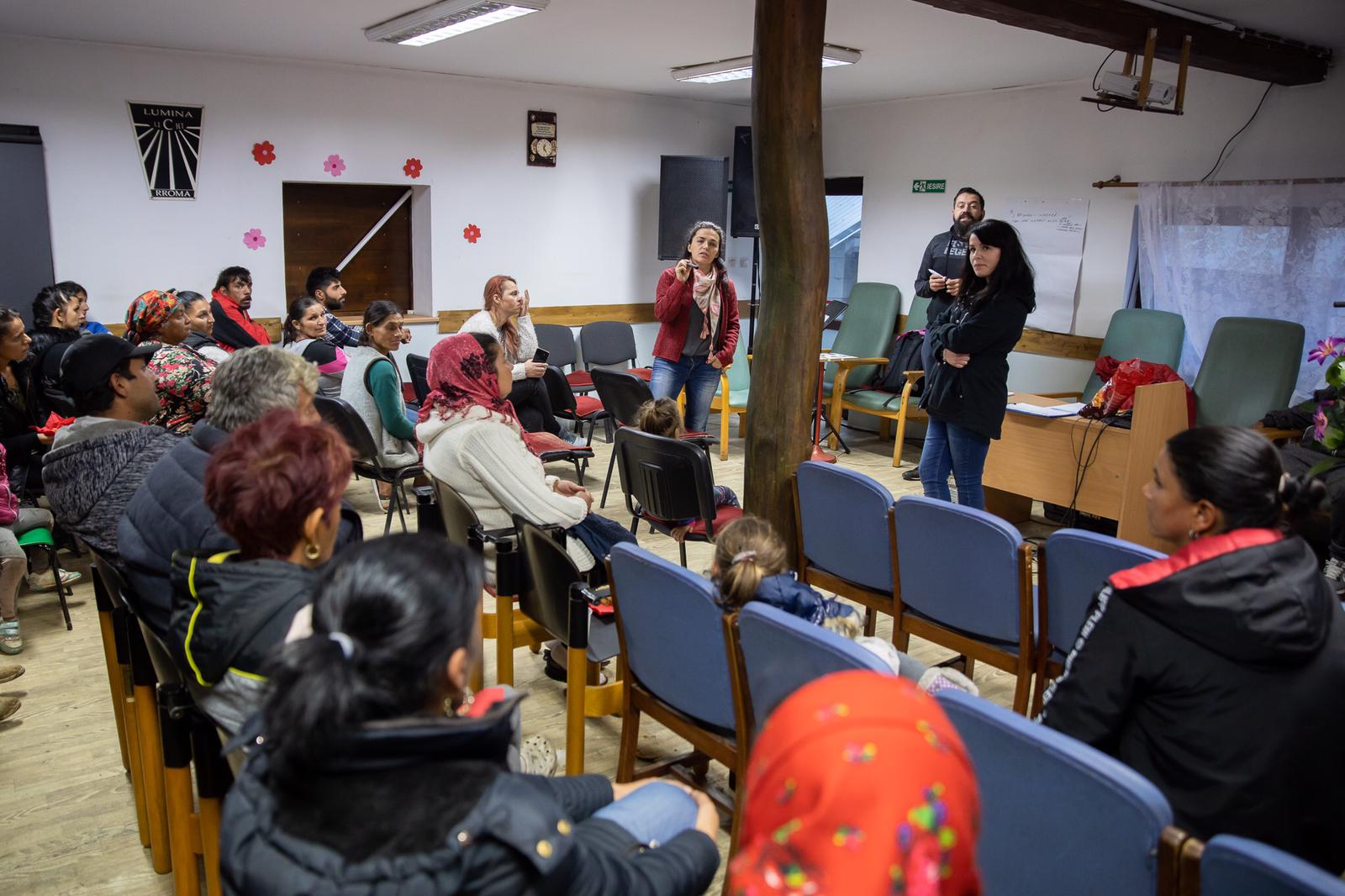 Four participatory budgeting sessions were held in January and February 2020 in the vulnerable community of Pata Rât. The meetings were organized within the “Informal Work” scenario implemented by the Intercommunity Development Association Cluj Metropolitan Area as part of Cluj Future of Work project. The purpose of the four meetings was to identify the priority needs, for each of the four groups that make up the community known under the generic name “Pata Rât”, respectively the groups in Cantonului, Dallas, Coast, and Rampa. The four meetings were each held with members of one of the four groups in the community.

In planning the meetings, a preliminary list was prepared with all the community`s needs, stated at the previous meetings within the project, to which were added ideas developed in meeting especially focused on the needs of women.

For example, in the `Cantonului` group, the most important issue identified was the need for toilets and showers (20 votes), the same being the case for Rampa (13 votes).

People’s choices were registered by open vote, with the possibility to vote any number of the mentioned needs, a subsequent second round being available, to limit the options to three to four needs per community. No second round was needed.

The “Informal Work” scenario of the Cluj Future of Work project studies who and why is deprived of the right to work, and then co-designs actions counteract these shortcomings, but also public policies regarding the local community.

This scenario focuses on informal work in Cluj-Napoca Metropolitan Area, with emphasis on the disadvantaged community Pata Rât, an informal ghetto, located on the outskirts of the city.

The main working hypothesis of this scenario is that when the community is referred to and involved, together with the public administration and the civil society, in embracing new concepts in the labor market, the access of the disadvantaged groups to fundamental rights – for example, the right to work – is improving.

Therefore, a better understanding of the reasoning behind informal work in disadvantaged communities is sought while also developing alternative solutions to bring informal workers to the legal labor market.

Cluj, a showcase of participatory budgeting

In 2015 and 2016, the second participatory budgeting project was developed, aimed at informal groups – Com’on Cluj. The groups were formed of young people between the ages of 14 and 35, their purpose being to propose projects for bringing change to the local community.

In 2017, Cluj-Napoca City Hall implemented the first participatory online budgeting process in Romania, and since then it is held every year.